A few weeks ago, I was having a chat with Todd and some others in the office and it was in the conversational mix that cardinal utility had the property of preserving “intervals.” It was occasionally also mentioned that such utility representations were closed under “linear transformations.” I was confused by the discussion and at first I didn’t know why. On my walk home that day, I remembered I had heard those sorts of claims before. I typically think of a linear transformations as any mapping from a vector space to a vector space , both over a field , with the following properties of linearity:

For example, the equation is a linear transformation from the vector space of the set of reals back into itself. So, . When we speak of the algebra on in one dimension, is the underlying set for the vector space as well as the field.

Note that has the first property; suppose for example that and . Then

It also has the second property; for example, let and ; then

But clearly, this linear transformation does not preserve intervals:

I didn’t think I could be wrong about my understanding of the conventional use of the term “linear.” I thought maybe what people mean instead of “linear” in this context is that cardinal utility was closed under the class affine transformations. That is, the class containing all transformations of the following form (where is a scalar value in the field of and ): END_OF_DOCUMENT_TOKEN_TO_BE_REPLACED


Homomorphisms are usually defined as structure preserving mappings from one model to another. Representation theorems are taken to establish the existence of a homomorphism between a qualitative first-order structure endowed with some empirical relations and some sort of numerical first order structure. The classic example is in the measurement of hedonic utility using introspection. In that case, we describe the axiomatic conditions ensuring the existence of a mapping from a structure to the structure of reals with their standard ordering . Here is meant to be a (usually finite) set of alternatives or choices and the relation is meant to encode the introspectively accessible relation that something feels better than something else.

I have been thinking that this notion of a homomorphism was exactly the same as in model theory but it turns out there are some subtleties. In model theory, usually we say that if we have two structures and in the same signature (which is a set of constant symbols, relation symbols, and function symbols), then a homomorphism from , the domain of , to , the domain of is a function satisfying the following conditions:

The superscripts here indicate how the symbols are interpreted in the respective structures with objects or -tuples of objects. The conditions taken together are less demanding conditions than what is usually meant, it appears, in the theory of measurement. Here, we replace the third condition with

In model theory, a mapping satisfying (i), (ii), and (iii:b) is called a strong homomorphism. The condition ensures that if two objects, for example, are not -related in then the will remain unrelated by in the mapping to .


I was telling Richard, Ko-Hung, and Joe yesterday about a paper I remembered by Oskar Morgenstern entitled The Collaboration Between Oskar Morgenstern and John von Neumann on the Theory of Games. It’s a nice piece on the writing of one of the economist’s most sacred texts, The Theory of Games and Economic Behavior first published in 1944. The book, spanning nearly 700 pages, was composed over several years, often in von Neumann’s house in Princeton. Morgenstern writes that the meetings were so frequent, von Neumann’s wife, Klari was distressed by the “perpetual collaboration.” He says that to mollify Klari, an avid collector of elephant trinkets, they promised to include a diagram with an elephant for her:

There were endless meetings either at my apartment over the bank or at 26 Westcott Road, where Johnny lived with his wife Klari and his daughter Marina (now Mrs. Marina von Neumann Whitman). We wrote virtually everything together and in the manuscript there are sometimes long passages written by one or the other and also passages in which the handwriting changes two or three times on the same page. We spent most afternoons together, consuming quantities of coffee, and Klari was often rather distressed by our perpetual collaboration and incessant conversations. She was at that time collecting elephants made of ivory, glass, and all sorts of other material. At one point she teased us by saying that she would have nothing more to do with the ominous book, which grew larger and larger and consumed more and more of our time if it didn’t also have an elephant in it. So we promised we would happily put an elephant in the book: anyone who opens the pages can find a diagram showing an elephant if he knows that he should look for one.

I took some time to look for this Easter egg and it is on page 64 (of the third edition) in Figure 4: 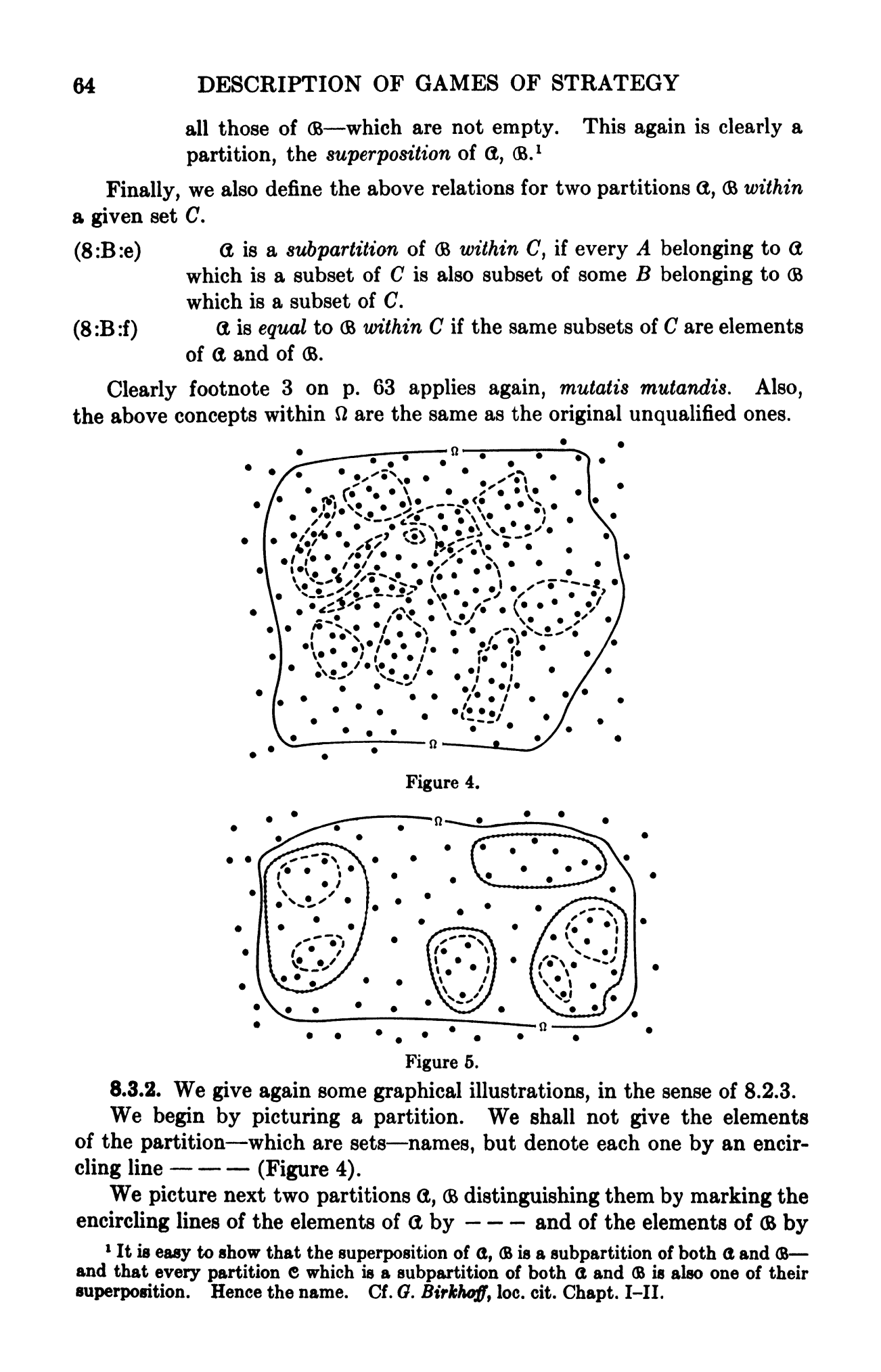